I am so confused as to what is going on!!! On Wednesday my parents were listening to the radio and a funny man with a very boring voice said schools were going to close! I asked mum whether it was a snow day and she said no. Then she gave me a biscuit, which I’m never allowed before tea! I asked her why and she patted her knee and told me to come and sit on it. Then she told me that there was a virus and it meant that school was going to close. I didn’t know what she meant, and she told me that if we didn’t close the school, everyone would get the virus and be ill. I was ill last October, and I got to lie on the sofa with my Han Solo action figure (it is NOT a dolly) and watch Star Wars, but my head hurt and I sneezed a lot. I don’t want that to happen again!

Anyway, today auntie came over with a MASSIVE suitcase and spent most of the day putting her stuff in the spare room. I had to help her while my two-year-old brother Jim got to sit and watch, which is SO unfair! Being the oldest child sucks. Mummy and Daddy weren’t here, so I cried, but then auntie hugged me and told me that they left very early to go to work, even though Daddy loves to sleep in, and Mummy is only a part-time nurse, staying home on Mondays and Tuesdays to look after baby Jim. (He goes to my old nursery the rest of the week). Now I have to go and help auntie make dinner, as its my job to set the table. Jim doesn’t have any jobs while I’m basically his slave! It’s so annoying!

It’s been two months since auntie arrived and school closed, she says. Two months is so long, I can barely remember school! Auntie lives with us now and is like a second mum, because mum and dad are always at work. We all got colds a week after lockdown started, auntie says it’s the virus. It was a lot better than I thought it would be, apart from Jim sneezing all over Princess Leia. Auntie says we are immune and it means that now she can go out shopping instead of getting a Sainsbury’s delivery like we did the first week.

Everyday auntie goes on her laptop for the whole morning, while Jim and I watch TV. We always wrestle for the remote because I want to watch Star Wars and he wants to watch Peppa Pig, but I usually win because I am five and he is only two. There was one time where we watched the Empire Strikes Back, but Jim cried for auntie and she told me off. He’s such a baby!

I miss playing Star Wars with my friends. I haven’t seen them in a long time.

Tomorrow I am going back to school! Yesterday I went to the park and had a picnic with lots of my friends, but Jim was there too. He was so annoying; I can’t wait to be rid of him at school! Hannah, my best friend, stuck a carrot up Jim’s nose and auntie told us off, but I said sorry and Hannah looked at her with puppy-dog eyes, and then auntie told us to go off and play. All the adults were standing really far apart or wearing weird things on their faces, I even saw someone in the street with a Star Wars one! This year has been really strange but I can’t wait for things to go back to normal, starting with school tomorrow, and hopefully spending more time with my parents again. And of course I really really want to play Star Wars with Hannah! 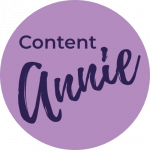